The Standard restaurant is the name of the new joint gastronomic project of restaurateur, chef and co-owner of Noma restaurant Claus Meyer and jazzman Niels Lan Doky. In the former building of the Copenhagen customs, Danish celebrities, who are known all over the world, have opened an upscale restaurant and a jazz club. Take part in a unique project and decorate the interiors The Standard star partners invited designers GamFratesi.

The common goal of all project participants is to make The Standard the new cultural and gastronomic attraction of Copenhagen. The Italian-Danish duo of designers who work closely with Gubi, for their part, did everything for it. The building of 1937 – a two-storey green building with a tower and a clock on the canal bank – is in the historic center of Copenhagen. The surroundings of the gastronomic center oblige him both outside and inside to look perfect: right opposite the most famous project of Klaus Meier – restaurant Noma, which became the best restaurant in the world in 2010, 2011 and 2012, next to the famous Nyhavn embankment and the Royal Opera building. In a Scandinavian, restrained interior of the institution, which is about to collapse the starry glory of its founders, is designed in a discreet pearl-gray and soft blue color scheme that recalls the North Sea and the canals of Copenhagen. The base of the light and spacious interior was simple white tables, Haiku double sofas and Beetle chairs, which made Stine Gam and Enrico Fratesi. Over the past year, the chairs have a new bar modification, which took its place at the bar counters The Standard. 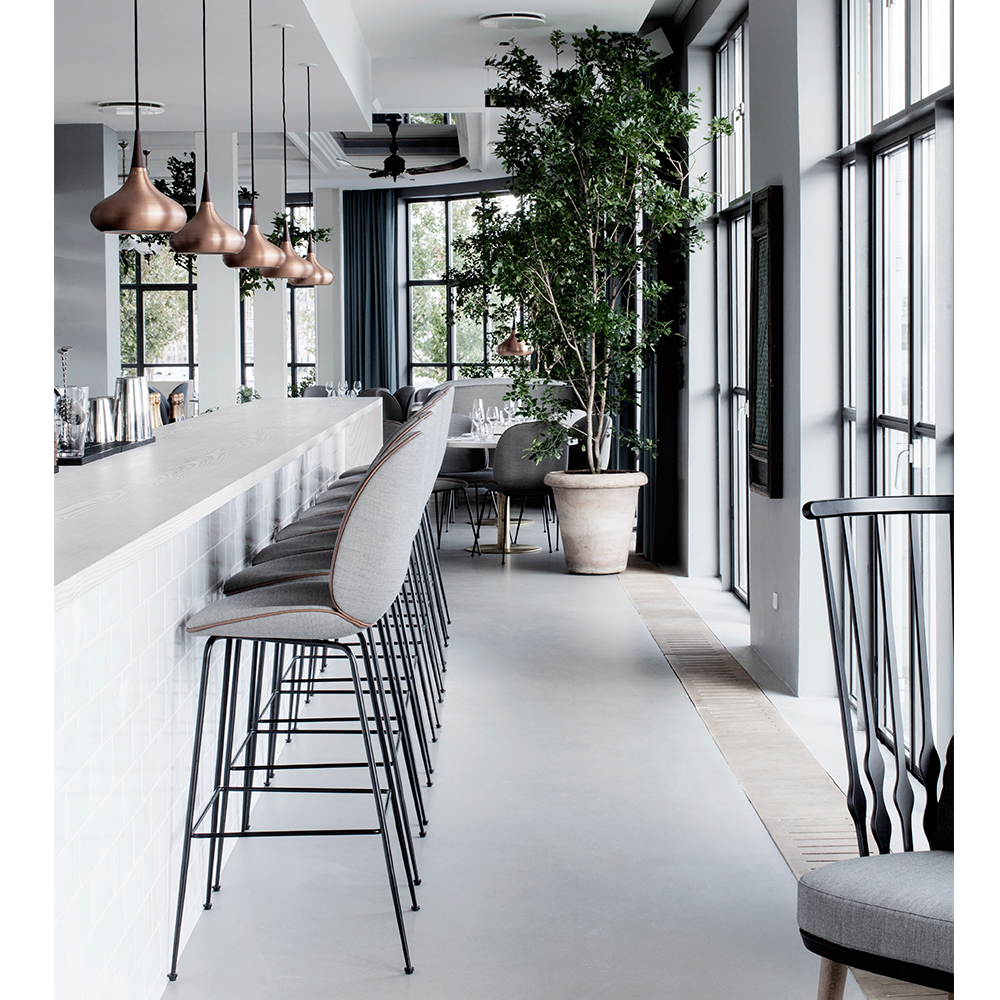 In general, in restaurants and the club a lot of interior items from the Danish company Gubi, which at the beginning of the two thousandth with the arrival of the children of its founders in the company healed a new life.

Now Gubi re-releases under his brand iconic interior items and implements projects of young designers, including the duo GamFratesi.

SEE ALSO: Reconstruction of the Delegates’ Lounge in the UN building in New York

Made with a delicate taste, the interior of Stine Gam and Enrico Fratezi came out emphatically modest, elegant, unobtrusive and absolutely Nordic, ideal for framing Danish gastronomic delights and jazz.