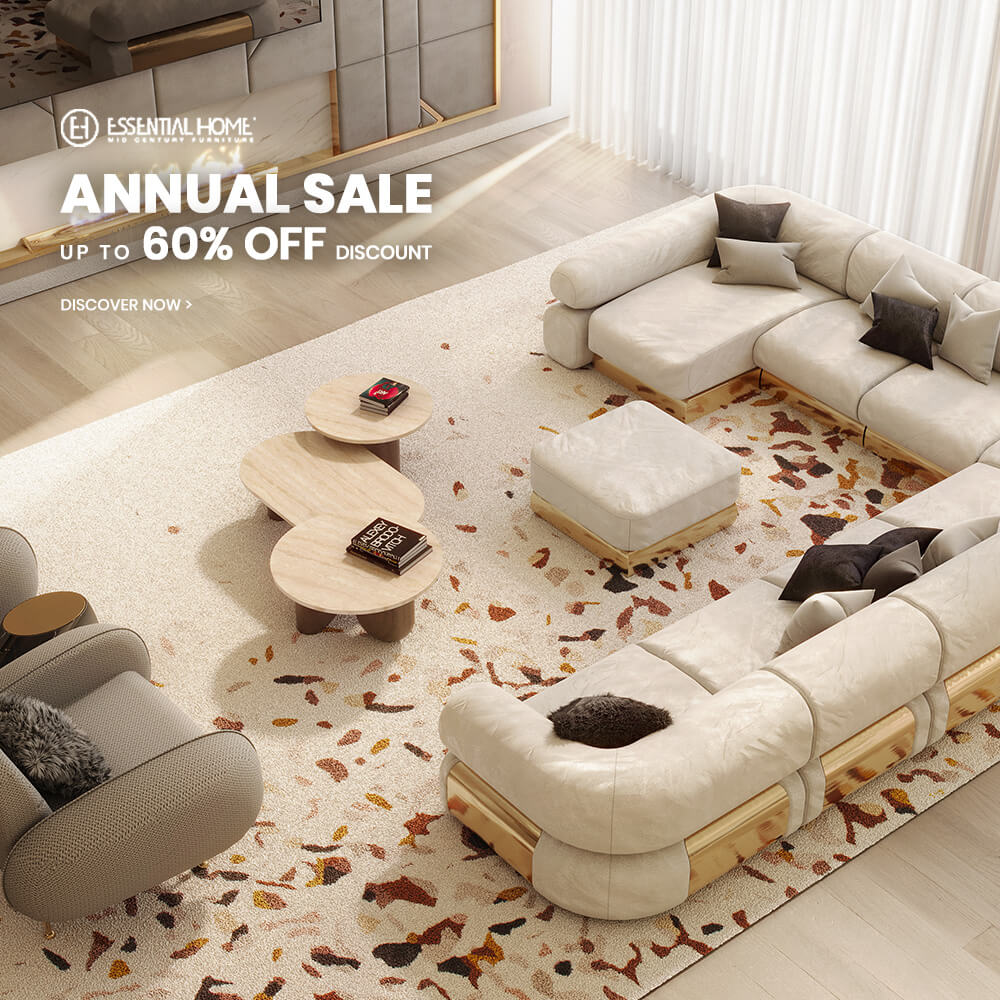 8 Ways to Embrace Minimalist Interior Design at Home
Maybe you've long had visions of coming home from a busy day of work and relaxing in your minimalist home, but just don't know where to begin when it comes to achieving…
10 Most Popular Interior Design Styles To Know Now
When you’re decorating a home, knowing the differences between popular interior design styles can make all the difference in honing your personal tastes and curating…
Color Therapy: Get Glowing With Bright And Neon Design Ideas
While neon and bright colors were a big part of 80s fashion and decor, recently it has resurfaced due to its use in modern interior design and the nostalgia…

Cecilie Manz was awarded the title of Interior Designer of the Year by Maison & Objet, and this is how she rocked the interior design show!

With a stand in Hall 7 to exhibit all her most amazing designs, the Danish designer was also present at a conference on the first day of the trade show and wowed everyone! Let’s get into detail on why Cecilie Manz completely rocked Maison et Objet January and made everyone fall in love with her designs.

RELATED: ALL YOU NEED TO KNOW ABOUT MAISON ET OBJET 2018 ITALY’S RISING TALENTS

Every year, the awarded Designer of the Year takes the stage at L’Espace Conferénces in Hall 7 to talk about their careers and their designs. This year was Cecilie Manz turn to be in the spotlight, and the designer chose to talk about her inspirations and passion has a designer, how she sees and interprets design and, lastly, what design means to her.

If you have been following our blog, you know what Cecilie Manz is all about. However, for those who don’t know, the designer started by explaining her take on product design, opting for a more minimalist style, creating simple and elegant everyday pieces. Cecilie Manz takes materials and texture very seriously and considers colors to be one of the most important parts of her pieces, without using very saturated colors. But, what’s the process behind all these amazing designs?

Well, during her conference at Maison et Objet January, Cecilie Manz jokingly told her audience that her creative process is actually a mess. Before putting ink on the paper, the designer likes to think about her pieces, and what she’s trying to accomplish by creating them. Thinking about functionality is a major part of her creative process, that is quickly followed by the importance of staying creative throughout her process. The result is hundreds of drawings and multiple versions of different pieces that will probably never even see the light of day, before falling under the scrutiny of the accomplished designer. After a final sketch is made, Manz moves on to materializing the design itself, beginning a process of prototyping the furniture piece. Much like what’s being done across Europe nowadays, the designer would rather work with actual scalable models of her designs than 3D renders.

What matters the most?

For Cecilie Manz, one of the key parts of the whole process is to have fun! And in trying to achieve that, she always adds a special and more extravagant element to her creative process. For example, the designer likes to paint some of her models with spray cans in her basement, which allows her to relax and be free from all the stress designing a product can encompass. What about her stand?

Cecilie Manz’s stand – Hall 7, Stand A1 – is a faithful and honest representation of her work and her studio’s values. Back in Denmark, the designer has a small studio with only a few other designers, allowing her to follow every step of her co-workers’ processes and sign off on everything they do. And this is exactly the feeling we can find in the designers stand at Maison et Objet 2018. If you had the chance to stop by, you certainly saw stunning minimalist furniture and lighting fixtures that represent her Nordic identity. KEEP READING: VINCENT: THE MID-CENTURY SIDEBOARD YOU HAVE BEEN WAITING FOR

WE HOPE YOU LIKED OUR ARTICLE. FEEL FREE TO PIN ALL THE IMAGES TO YOUR FAVORITE PINTEREST BOARD OR TO PRINT THEM TO USE IN YOUR MOOD BOARD. YOU CAN ALWAYS FOLLOW US ON THE GO! FIND US ON PINTEREST AND DON’T MISS A SINGLE BREATH.