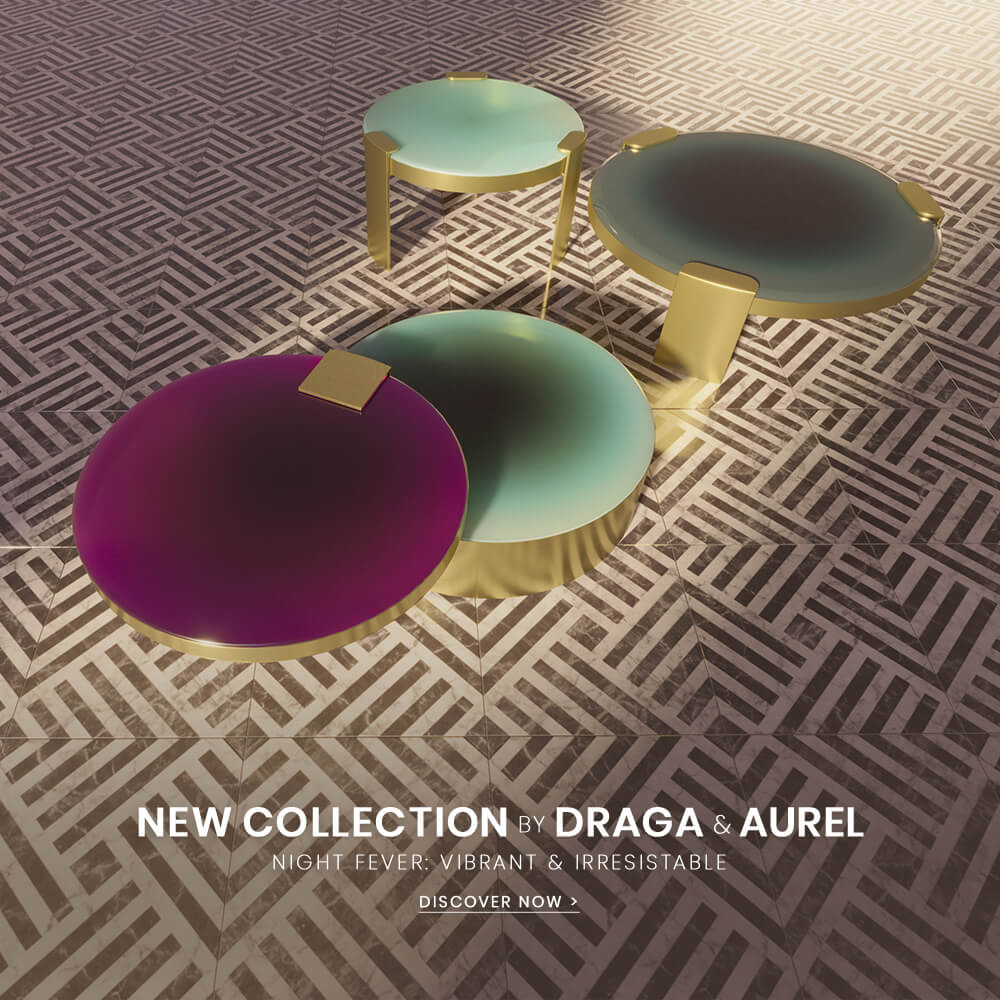 Night Fever Collection: The Mid-Century Casegoods You Need To Add To Your Cart Right Now!
The incredible design duo, Draga & Aurel, just launched a new design collection inspired by the groove of the 70s - The Night…
25 Best Interior Designers in Melbourne You Should Know

Here’s 25 best interior designers in Melbourne you should know about!

Dive into a world of inspiration with some of the best top designers and architects…
iSaloni 2022: Check Out The Top 5 Mid-Century Furniture Pieces You Can Find There!
With a sustainability-focused edition that will happen next 07_12.06.2022 in Rho Fiera Milano, the Salone Del Mobile Milano (iSaloni 2022)…

Australia one of the most diverse countries in the world, and if you have never been there, what are you waiting for?

After our small trips to India and Italy, it is now time to pack our bags and move over a little bit further south. Well, maybe a lot further South. This week will be all about Australia, its amazing architecture, landscapes, the best interior designers and many incredible reasons to visit what is probably one of the most unique countries in the world. Today, let’s start by checking which are the 14 best places to visit in Australia. Scroll down!

SEE ALSO: 14 UNFORGETTABLE PLACES TO VISIT IN INDIA DURING YOUR LIFETIME

The Whitsundays and the Great Barrier Reef Australia’s fifth largest city, Adelaide – also known as city of churches – has a beautiful architectonic legacy mainly left by the colonial era. Located in South Australia, Adelaide’s metropolitan area is home to three quarters of all South Australians! A stunning and warm place for you to escape this year. Australia’s largest and most populated city, Sydney is the capital of New South Wales. It is one of the most modern and urban cities in the country, and it is probably most known for its scenic harbor. Sydney’s harbor was initially used as a landing site for convicts who were sent to Australia in the 1780s. Nowadays, tourists can learn all about Sydney’s harbor history by taking a ferry that goes under Sydney Harbor Bridge and past the iconic Sydney Opera House. If you’re looking for a place with history to spend your Summer holidays, Hobart might be it. Australia’s second oldest city, right after Sydney, Hobart is the capital city of Australian island Tasmania. If you’re into architecture, you will find great examples of Georgian and Victorian architecture such as Salamanca Place.

If you love endless white sand beaches and turquoise seas, then this might be the ideal holiday destination for you. Broome is located in Western Australia’s Kimberley Region and one of the most beautiful places in Australia, that’s for sure. There, you will get the chance to be in touch with the wilderness and be amazed by stunning natural waterfalls.

Melbourne is not only the capital state of Victoria, but it is also Australia’s second most populated city, just behind Sydney. Considered to be the country’s capital of culture, Melbourne is the perfect destination for art and culture loving souls. It is probably best known for its fine restaurants, sports and great shopping facilities, making it a great place for those who love to live a good cosmopolitan life. For those of you seeking nature’s most stunning and peculiar landscapes, you can’t skip a visit to Pinacles Desert in Nambung National Park. The natural limestone spires rise from the golden sands of the desert, standing as high as 16 ½ feet high, and were formed 25,000 to 30,000 years ago! During your visit you will also be able to spot gray kangaroos, emus, and cockatoos. And while we’re talking about national parks, and stunning natural landscapes, you shouldn’t also miss a trip to Uluru-Kata Tjuta National Park. The famous red Uluru Rock is located on the middle of the park, making it visible from pretty much any point, with its 1,141 feet. You can take a tour with aboriginal guides, as well as rangers, which will give you a much better insight at this stunning rock and its sacred properties. A little bit off the beaten track, Fraser Island holds many things of beauty. For once, it is the world’s second largest sand island and considered to be a mecca for four-wheels enthusiasts. It’s a quick 40-minute ferry ride off Queensland’s coast, and once you’re there you can rent four-wheel vehicles to drive around the island and explore all its area and its fresh water lakes. One for the wine lovers and connoisseurs is Barossa Valley. Located just 40 miles away from Adelaide’s center this is practically a two for one holiday situation. If you were still wondering where to go in Australia because you didn’t want to miss anything, this might be it. You will find more than 80 cellar doors and about 70 wineries, and there is also a small farmer’s market for you to get to know the locals and the all the details of this fine wine region. Australia’s third largest city right after Sydney and Melbourne, Brisbane is known for its incredible climate, where a warm feeling seems to be hovering over the city all year round. Being also one of Australia’s fastest growing cities, Brisbane will give its visitors an incredible urban and cosmopolitan scenery. Capital city of Western Australia, Perth has always been a little bit isolated from other major cities. As a result, it has developed its own character and architecture. It is the perfect holiday destination for younger generations because of its youthful and laid back atmosphere.

A popular holiday destination among Australians, Darwin, on the Northern Territory of Australia is hugged by the coastline that meets the Indian Ocean. Although it was devastated during World War II, Darwin is home to more than 75 thousand people nowadays, and a place you can’t help but visit once you’re touring Australia’s coastline.

READ MORE: TRAVEL GUIDE: THE 10 MOST EXPENSIVE CITIES IN THE WORLD